In the initial lawsuit, the Plaintiffs claimed that the school finance system violates the constitutional mandate to the General Assembly to “establish and maintain a thorough and uniform system of free public schools” (Education Clause, Colo. Const., art. IX, sec. 2) and also the authority of local school boards to exercise “control of instruction” in the schools in their respective districts (Local Control Clause, Colo. Const., art. IX, sec. 15).

The fundamental premise of the claims was that the thorough and uniform language sets a constitutional standard of educational quality that must be met by the system of public schools; therefore, must be supported by an adequately funded finance system.  Based on the history of the adoption of the Education Clause and the legislature’s statements over the past 20 years in the education accountability statutes, Plaintiffs argued that the constitution required at a minimum that all students be provided with an opportunity to receive an education sufficient to provide them with the knowledge and skills necessary to be effective citizens, to compete in today’s economy, and to go on to post-secondary or other specialized education.

The State claimed that the interpretation and implementation of the Education Clause was exclusively vested in the legislature.  They argued that Education Clause claims were “non-justiciable,” i.e., beyond the competence and power of the judiciary.  This was the issue that was decided in favor of the Plaintiffs in the Lobato I decision in 2008.  Lobato v. State, 218 P.3d 358 (CO 2008).  The Colorado Supreme Court, in a 4-3 decision, held that the Plaintiffs’ claims were justiciable – that it was the role of the courts to interpret the words of the constitution, giving due deference to the policy decisions of the legislature.  The Court remanded the case for trial to define the qualitative standard of a thorough and uniform system and to determine if the school finance system was rationally related to accomplishing that standard.

Trial was held in the Denver District Court throughout August 2011.  At the trial, the Plaintiffs argued, and the trial judge agreed, that a thorough and uniform system of public schools must assure that all students graduate with the knowledge and skills necessary to (1) participate effectively as citizens of Colorado and the United States; (2) engage productively and competitively in the workforce; and (3) be successful lifelong learners.  Therefore, the school finance system must be funded in a manner that is rationally related to accomplish those goals.

In December 2011, the trial court ruled that the public school finance system violated both the Education Clause and the Local Control Clause.  The trial court found that the statutory standards-based education system both defined the quality of education required and established the method to measure the level of accomplishment of that standard.  The evidence proved that the school finance system was developed and funded without any reference to the cost to provide the level of educational services necessary to meet those standards – and, thus, was not rationally related to the thorough and uniform mandate.  The Plaintiffs also proved that the irrational and severely underfunded finance system violated the Local Control Clause by effectively depriving schools of the financial ability to implement necessary educational programs.

On appeal, the State argued that the Supreme Court should reconsider Lobato I and rule that Education Clause claims are non-justiciable.  The Defendants also argued that the level and method of school funding is rationally related to accomplishing legislative priorities including K-12 education, but also all of the other demands on the state budget.  The State did not seriously attempt to demonstrate that the finance system was actually rationally related to accomplishing the goals of the standards-based education system, much less that it in fact did provide sufficient or equitable funding for those purposes.

The Court did not accept the State’s arguments.  In a 4-2 decision by a new majority including the three dissenters in Lobato I and the most recent appointee, the Court began by affirming that claims under the Education Clause were justiciable.  The Court then addressed the meaning of the “thorough and uniform” language and essentially eliminated any substantial judicial role in reviewing cases brought under the Education Clause.

The Court, citing Webster’s Third New International Dictionary, interpreted “thorough and uniform” to mean “a free public school system that is of a quality marked by completeness, is comprehensive, and is consistent across the state.”  Therefore, the Court reasoned, a public school system meets this “constitutional floor” by “providing educational opportunities to all Colorado residents within a broad age-range.”

The critical failure in the opinion is that the Court refuses to consider what “educational opportunities” must be provided.  It completely eliminated the concept that a thorough and uniform system of public schools must meet any qualitative standard of educational adequacy.  The Court even implies that a school system that meets the bare minimum of providing that “‘[o]ne or more public schools’ be open ‘at least three months in each year’ in each school district” would be constitutionally adequate.

The Court then held that a public school financing system is rationally related to the thorough and uniform mandate if it “funds a system of free public schools that is of a quality marked by completeness, is comprehensive, and is consistent across the state.”  The Court held that because the public school finance act (PSFA) supplies a “single statutory framework whereby the state may calculate every district’s total program” and describes “the sources of state and local revenue that make up the calculated amounts” it meets the uniformity standard.  The Court then concluded that the PSFA together with categorical funding and bonded debt provide funding and funding authority to all school districts meet the quality standards of being complete, comprehensive, and consistent.

Here again, the Court completely refused to consider whether the school finance system provided sufficient funds to meet any level of educational quality or whether it allocated funds and funding ability in an equitable manner among the school districts.  The Court essentially held that none of the evidence presented at trial was relevant to determining the constitutional issue.

The Court also held that the dual-funded system of school finance complies with the Local Control Clause because “it affords local school districts control over locally-raised funds and therefore over ‘instruction in the public schools.’”  The Court found that the school finance system does not violate the local control requirement because it “does not affirmatively require school districts to use their locally-raised revenue in any particular manner.”  Here again, the Court did not consider any of the facts presented at the trial.

The Court concluded by stating that although the trial court’s “detailed findings of fact demonstrate that the current public school financing system might not be ideal policy,” it is not up to the courts to determine if there is a better finance system, but only if the existing system “passes constitutional muster.”  Perhaps the most succinct criticism of the majority opinion appears in Justice Hobbs’ dissent, where he states that “the Education Clause requires more than a thorough and uniform system of laws – it mandates ‘establishment and maintenance of a thorough and uniform system of free public schools.’”

Perhaps some solace can be taken from the knowledge that although the plaintiffs in Lujan v. Colorado State Board of Educ., 649 P.2d 1005 (CO 1982), the original school finance case, were unsuccessful, within a few years the legislature responded to the issues they raised with a series of new finance acts culminating in the PSFA of 1994.  In this regard, Justice Hobbs’ closing paragraph may provide cause for hope:

It is not this court’s job to instruct the General Assembly how to fix the system of to pin a dollar amount on a constitutionally permissible alternative.  However, through a combination of legislative action, whether by the General Assembly or the voters through referendum or initiative measures, the state should provide each district with the funding necessary to meet the standards the legislature sets for educational achievement.  As the record makes clear, it may take years – and significant effort – to reshape the current school finance system into one capable of supporting our rapidly growing and diversifying schools in compliance with the Education Clause’s mandate.  Colorado should face this critical issue head-on. [Emphasis added.] 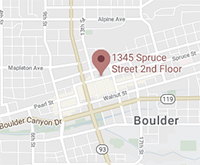